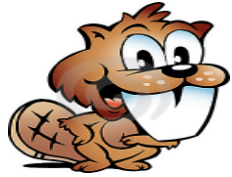 About: The word Zeal used in may englsih words derived from Zelos (Greek) which means “ardor, fervor; jealousy, jealous”. However jealousy in an negative emotion but the it may become a cause of inspiration for showing ardor. Words: Zeal (noun) - Great energy or enthusiasm in pursuit of a cause or an objective. Zealous (adjective) - Filled with or motivated by zeal Zealot (noun) - Someone who is very enthusiastic, especially excessively so. Zealotry (noun) - Excessive zeal Overzealous (adjective) - Too zealous in one's attitude or behaviour. Zealatrice (noun) - A enthusiastic female partizan or promoter. Zelophilia (noun) - A sexual arousal that is based on jealousy arising from feelings of envy, etc. Zelotypist (noun) - Someone who is characterized, or marked, by excessive zeal that is carried to the verge of insanity, in the advocacy of some cause.