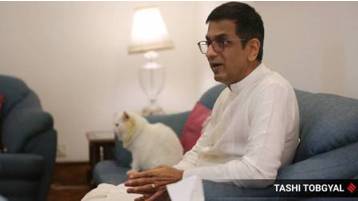 The BJP and AAP have focused on the right issues in the current municipal elections. But political parties must do more.

As the BJP and the AAP turn the heat on each other during electioneering for Delhi’s municipal corporation elections, longstanding but neglected civic concerns have come to the fore. On Sunday, the BJP launched its campaign for the polls, scheduled for December 4, with roadshows involving senior functionaries, including party chief JP Nadda, Union ministers and the chief ministers of Haryana, Assam and Uttarakhand. The party, which is seeking a fourth consecutive term, has blamed the AAP-ruled Delhi government for the city’s overflowing sewage and pothole-riddled streets. The AAP has, in turn, called out Delhi’s BJP corporators for giving short shrift to the capital’s pollution problems. The party’s municipality bid too is helmed by its national leaders. By all accounts, the AAP is trying to give the message that the corporation’s affairs will be conducted under the guidance of Arvind Kejriwal, the Delhi Chief Minister.

Local body elections have often become arenas for grandstanding by national-level leaders. The Hyderabad municipal elections in 2020, for instance, saw fever pitch campaigning by top leaders of the BJP, TRS and AIMIM. Mumbai municipality elections have almost always been politically charged affairs. But such high-profile electioneering rarely means a fillip for local governance. Instead, it denotes a tendency that’s inimical to the 74th constitutional amendment’s objective of decentralising civic governance: From infrastructure creation to hyperlocal municipal affairs — water and sanitation, for instance — almost every local civic body function is today contingent on funds from the state and Central governments. The 74th amendment empowered states to devolve the responsibility of key civic functions including town planning, land use regulation, water supply, and slum upgradation to urban local bodies. But in most Indian cities, these tasks are performed by agencies in whose functioning, municipalities have very little say — the DDA in Delhi, for example.

In the past five years, Delhi’s AAP government and the Centre have been constantly at loggerheads over MCD funding. The city’s new municipality act attempts to resolve the finance-related constraints of the local body by merging Delhi’s three municipal corporations. It also reduces the role of the Delhi government, but then gives the Centre the preponderant role in the body’s running. The BJP and AAP have focused on the right issues in the current municipal elections. But political parties must do more: They should direct attention to the structural issues that bedevil the work of urban local bodies.