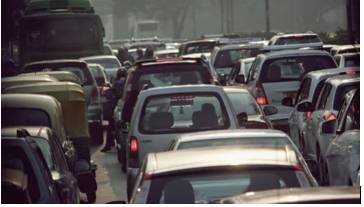 The conversation should be as much about nudging the automobile user into using the basic safety features in the vehicle as also about putting in place facilities that make roads and highways risk-free. They must also encompass pedestrians.

The tragic deaths of former chairperson of Tata Sons, Cyrus Mistry, and KPMG group’s Global Strategy Director Jehangir Pandole, in a car crash earlier this month, have brought road safety issues into sharp focus. This was long overdue. According to the National Criminal Records Bureau data, around 1.5 lakh people die every year on the country’s roads. In the past, the government, by and large, attempted to deal with the problem by using punitive measures. The Motor Vehicles Act 2019, for instance, stipulates stringent fines for traffic rules infringement. But as the NCRB and Ministry of Road Transport and Highways figures indicate, road safety is much more than a function of stringent enforcement of the laws. The recent conversations have shone salutary light on safety features in a car — rear seat belts and air bags, for instance — that mitigate the impact of a crash. The policymakers’ attention has also been directed to the poor state of the country’s roads and highways. Now, a response to an RTI application by this newspaper has revealed that preliminary investigations have brought out several lacunae at the site of the accident that claimed the lives of Mistry and Pandole — the sudden merger of three lanes into two lanes, absence of signboards to alert drivers and lack of yellow blinkers on road dividers.

A number of studies show that non-motorised transport makes up more than 30 per cent of all commutes in urban centres. Increasingly, however, in several large cities, pedestrians have little option but to walk on roads designed for fast-moving traffic. Pedestrian casualty figures differ widely. The road transport ministry’s figures are about 50 per cent higher than that of the NCRB — a sign perhaps of the sway exercised by motorised transport in policymaking. A solution to India’s road safety problem cannot, however, be inclusive if it doesn’t do justice to the needs of a child who walks or cycles to school or the worker who does not use motorised transport.