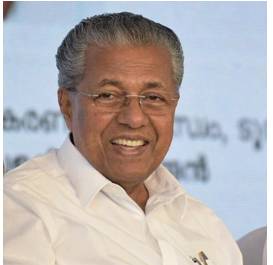 Opposition parties today see the Governor's office as ready to destabilise their governments at the instance of the Centre. This trust deficit has to be bridged at the earliest.

The public spat between Kerala Governor Arif Mohammad Khan and Chief Minister Pinarayi Vijayan on Monday marks a new low for their already frosty relationship. In an unprecedented step, Khan addressed the media and leveled serious charges against Vijayan, his office staff, the ruling CPM and its leaders, and the state police. Later, speaking at a public function, Vijayan accused Khan of being servile to the RSS and warned him not to question the credentials of the CPM. The tone and tenor of their engagement diminishes the prestige of the offices they hold. Khan is a senior politician with a wealth of parliamentary and administrative experience while Vijayan, who has no family, caste or class lineage to boast of, has risen from the ranks and is the unchallenged leader in his party as well as government. Both Khan and Vijayan must step back and rescue the relations between two most important public offices in the state, which seem to be in free fall at present.

The Governor-government stand-off started soon after Khan was appointed to the office in 2019. He alleged that delegates to the Indian History Congress at Kannur University heckled him and that the administration did not take action. Later, he objected when the government decided to extend the tenure of the Kannur university vice-chancellor, Gopinath Ravindran: Khan referred to him as a “criminal” and alleged that he made several illegal appointments at the university. He raised Ravindran’s appointment on Monday and claimed he submitted to the government decision after the CM intervened personally. Khan has also refused to sign on controversial Bills pertaining to amending the Lokayukta and the autonomy of universities. His complaints regarding university appointments have substance and need to be probed independently. But these ought to be raised in proper forums and in a language that befits the high office he holds. As the occupant of a constitutional office, Khan should know he cannot stoop to standards followed by street-level political functionaries or turn combative against an elected government in public.

The confrontation in Kerala comes in the backdrop of a string of Governor-government spats in Opposition-ruled states — among them West Bengal, Tamil Nadu and Maharashtra during the MVA government. Opposition parties today see the Governor’s office as ready to destabilise their governments at the instance of the Centre. This trust deficit has to be bridged at the earliest. Raj Bhavan needs to get off its high horse and accept that it is not an ombudsman of the state government. And the state government needs to thicken its skin, not see in every Raj Bhavan missive a plot to topple it. Unfortunately, given how Raj Bhavans are behaving these days, this is easier said than done for both sides.