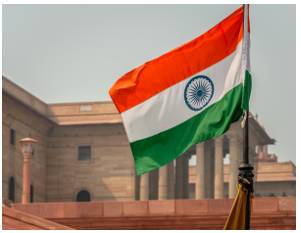 India’s foreign policy mandarins are all set to go into overdrive in the wake of new challenges. The Shanghai Cooperation Organisation (SCO) meeting (September 15-16) in Samarkand, Uzbekistan, was a test case for governments on how to deal with current conflicts and attempt new guidelines for the future. Along with Prime Minister Narendra Modi were Russian President Vladimir Putin, Chinese Premier Xi Jinping, Iranian President Ebrahim Raisi, Turkish President Recep Tayyip Erdoğan, and the leaders of Pakistan and other SCO nations. The special significance of this in-person SCO meeting lay in the fact that it was taking place when the world stood at the crossroads, in the wake of the Russia-Ukrainian conflict.

Mr. Xi’s initial remarks to Mr. Putin on the sidelines of the conference signalled the divided nature of the world today. Even as the leaders emphasised the strengthening of their ties in defiance of the West, Mr. Xi’s remarks that ‘China is willing to make efforts with Russia to assume the role of great powers, and play a guiding role to inject stability and positive energy into a world rocked by social turmoil’ were pregnant with many meanings. Mr. Putin’s response further underlined the extent of global disruption taking place today, and the wide chasm that separated the two warring blocs.

India’s presence at the meeting of the Council of Heads of State of the SCO was significant, reflecting a desire to be a part of both blocs, without antagonising either. The justification provided is that it represented a ‘new version’ of Non-alignment, viz., steering an independent course, despite open association with rival blocs. At the meeting, Mr. Modi made certain significant observations which mirror India’s new version of Non-alignment. For instance, after refusing to take sides in the Ukrainian conflict for months, Mr. Modi told Mr. Putin that “this isn’t the era of war”, stressing instead that “it was one of democracy, dialogue and diplomacy”. This has been interpreted as a mild rebuke of Russia’s invasion of Ukraine. On the other hand, in his formal opening remarks at the summit, Mr. Modi thanked both Russia and Ukraine for the evacuation of Indian students from Ukraine, highlighting India’s posture of equidistance between the two countries.

The philosophical underpinning for this seems to be that ‘Nonalignment of the past’ had not succeeded, and a way had to be found for “multiple engagements of the future”. Mr. Modi’s presence at this SCO summit is possibly the earliest test case of this unfolding strategy, given that it is only recently that the United States and other western allies had complimented India for its participation in the Quad (Australia, Japan, India and the U.S.). Whether India can make out a case for ‘mixing utopia with reality’ under the label of ‘multi alignment’ is yet to be seen, but it does provide grist to an idea being floated that this provides leeway for India to play a much bigger role in ‘managing conflict’.

It would be interesting to see whether this SCO summit will pave the way for India to exploit other situations created by political contradictions and use them to its advantage. A test case is India’s relations with Iran which have been on the backburner for some time, following a U.S. threat to impose sanctions on India if it continued to trade with Iran. Iran’s President appears to have floated a suggestion to hold a summit meeting with India’s Prime Minister, and the ball is apparently in India’s court. The cost to India on account of the freeze in relations with Iran has been high, including having to pay higher prices for crude and the inability to utilise the Chabahar Connectivity Project as an alternate route to Afghanistan.

As of now, all this seems at best, to be ‘work in progress’. Meantime, however, India’s foreign policy is increasingly appearing passive rather than active. Less important events such as abstaining from voting in the United Nations on the Ukraine issue are being touted as policy, ignoring the fact that this has contributed little to peace in Ukraine nor led to a lessening of tensions. This is also the case in our immediate neighbourhood, whether it be Sri Lanka or Afghanistan, where India’s foreign policy prescriptions look better on paper than in reality. A preoccupation with Pakistan and constant references to terrorism have kept India’s domestic population happy and satisfied, but this does not translate into an effective foreign policy.

Refashioning India’s foreign policy has become vital at a time when India is facing a confluence of old and new situations and threats, which often intersect. Such a situation may not be unique, but the nature of rivalries and present global undercurrents makes this extremely tricky. It may require a major overhaul of how we interpret regional and international tensions that have increased. For India, this poses a whole new paradigm of challenges, and it is important for India not to become the odd man out, as patterns change. New priorities need to be devised without squandering the past inheritance of managing to remain independent of conflicting blocs.

Jettisoning an erroneous belief that prevails among some sections of India’s foreign policy establishment, viz., that the erstwhile policy of Non-alignment had done little to enhance India’s image, should be the beginning, followed by deeper introspection before effecting fundamental changes in the policy of Non-alignment. While, China today presents an acute ‘near-term problem’ for India, it is important that India does not fall into the trap that the current adversarial relationship with China is ‘carved in stone’, and can or never will be altered. India’s foreign policy should be creative enough to leave an opening for an improvement in India-China relations over the longer term.

Again, the intensity of the current conflict between India and China should not lead India’s strategic establishment to overlook the fact that the primary conflict between India and China is ‘civilizational’, and not for territory. The two countries may never have a ‘lips and teeth relationship’, but given the history of nations there is enough scope for India to formulate a policy that would not completely close the doors on China for all time. Hence, India’s foreign policy mandarins must look for opportunities for the betterment of relations at an opportune time, which could well arise when China’s economy begins to stall and India’s economy (in-line with the expectations of economists worldwide) rises, moderating China's current aggressive behaviour.

Refashioning relations with China over the longer term is important, but attention also needs to be given on how to manage relations in the near term in the context of the growing closeness in China-Russia relations. As their relations become closer, they have the potential of adversely impacting the current warmth in India-Russia relations. Our foreign policy experts need to consider how best to manage the relationship with both Russia and China in the extant circumstances. The watchword here again is that there is no permanence in the nature of relationships among nations, more so with the so-called Big Powers.

An issue that has remained on the backburner for years may now need consideration in the context of the Ukraine-Russia conflict, viz., the nuclear dimension. Seldom mentioned, but present nevertheless like Banquo’s Ghost, are concerns about the possible use of nuclear weapons that have been raised in the backdrop of the Russia-Ukraine conflict. India, no doubt, has been a firm adherent of the ‘No First Use Doctrine’, and while nuclear relationships involving India, China and Pakistan have remained remarkably subdued over many years, India’s strategic and foreign policy establishment cannot afford to overlook the nuclear aspect, given that the country is wedged between two active, and hostile, nuclear powers — China and Pakistan.

Nuclear stability, as we have known for some years now, could well change in the near future. What cannot also be ignored in this context is the growing sophistication of Chinese nuclear forces, and to a lesser extent that of Pakistan, which has the effect of putting India at a disadvantage with both predictable and unpredictable consequences. India’s new foreign policy imperatives cannot again afford to ignore this aspect, even though at present India is the only one among the three that does not see nuclear weapons as intended for use in the event of a war. Nevertheless, it behoves India’s strategic and foreign policy establishment to consider how best to prevent ‘debilitating strategic instability’ — with regard to China in particular — given the pace at which China’s nuclear arsenal is growing.

Hence, navigating the coming decade promises to be extremely demanding, if not dangerous, with old fashioned geopolitical risks jostling alongside newer political challenges. It demands a total transformation of the way India’s foreign policy planners look at issues today. It may well necessitate giving up many of the existing policy constructs, providing for a wider outreach, and ensuring that our policy is not merely in step with current needs but is always a step ahead.

M.K. Narayanan is a former Director, Intelligence Bureau, a former National Security Adviser and a former Governor of West Bengal.