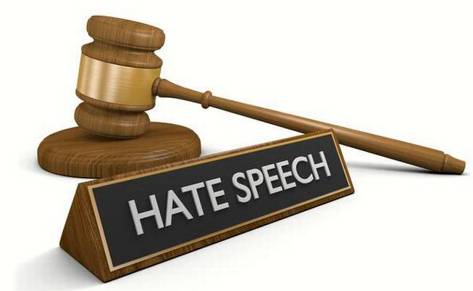 It requires consistent legal implementation over time and daily conversations that society needs to have.

On January 12, 2022 , the Supreme Court of India agreed to hear petitions asking for legal action to be taken against the organisers of, and speakers at, the “Hardwar Dharma Sansad”. During this Dharma Sansad, that had taken place between December 19 and 21, numerous speeches had been made. These speeches ranged from open calls to violence (“… waging a war that would be more gruesome than 1857” or “if you want to eliminate their [i.e., Muslim] population, then kill them”), to the economic and social boycott of Muslims (“… there is no Muslim buyer here, so throw that [Muslim] vendor out”), and to dog-whistles, (such as drawing comparisons to the ethnic cleansing of Rohingya Muslims in Myanmar).

Before the Supreme Court, it was argued that the reason why the Court needed to take up the issue was that despite FIRs having been registered in the aftermath of the event, no arrests had been made. Meanwhile, however, in the aftermath of a similar Dharm Sansad in Chhatisgarh, the state police arrested one Kalicharan Maharaj, who had accused Gandhi of destroying India, and praised Nathuram Godse for assassinating him.

While it may rightly be pointed out that political patronage and ideological complicity are responsible for this contrast, there remains a deeper problem: and that is the absence of any legal or social consensus around what constitutes “hate speech.”

To start with, it is evident that the statements for which Kalicharan Maharaj has been arrested – no matter how personally distasteful they might be – do not, or at least should not, constitute illegal speech. The fact that Gandhi is a towering figure in Indian history does not preclude individuals from expressing repugnant views about him and the circumstances of his assassination. On the other end of the spectrum, it is clear that direct calls to violence – such as taking up arms and killing Muslims – are not, and ought not to be, protected under the right to free speech. No society can survive for long when incitement to violence is normalised, and enjoys legal impunity.

However, there are a range of cases – many of them at the forefront in the Hardwar Dharm Sansad – that present more difficult problems. As societies around the world have long understood, the harm in hate speech is not simply restricted to direct and proximate calls to violence. Hate speech works in more insidious ways, creating a climate that strengthens existing prejudices and entrenches already-existing discrimination. A good example of this is the history of anti-semitism in Europe. While anti-semitism took its most ghastly form in frequent pogroms and – ultimately – the holocaust, on a daily level, it took the form of inculcating in society a “cultural common sense” about the Jewish people. This “cultural common sense” traded on stereotypes and social prejudice, and justified ongoing discrimination, social and economic boycotts, and ghettoization, on a day-to-day level. The end result of this – which is the continued subordination of a section of society – can be accomplished without direct calls to violence.

This is why – with the exception of the United States of America – most societies define hate speech in terms of both inciting violence, but also, inciting discrimination. This is why, for example, calls to socially boycott a community (as advocated for at the Dharm Sansad) fall within most definitions of hate speech. This understanding of hate speech is informed by a long history where violence and discrimination have often blurred into each other, and where hate speech has not merely set the stage for future violence, but has also been weaponised in its own right to further entrench and endorse inequality and subordination.

It is here that three further problems arise. The first is specific to India. Our laws – as they stand – are unequipped to deal with the challenges of hate speech. The laws commonly invoked in such cases are section 295A of the Indian Penal Code (blasphemy) and section 153A of the Indian Penal Code (creating enmity between classes of people). Hate speech, however, is most certainly not the same as blasphemy, but nor is it captured by vague phrase “enmity between classes”. Hate speech is speech that targets people based on their identity, and calls for violence or discrimination against people because of their identity. The Supreme Court of India has gestured towards this understanding of hate speech, both in prior judgments, and in the ongoing case involving Sudarshan TV. More clarity, however, is needed.

The second problem is that hate speech, by its very nature, will not always trumpet itself to be hate speech. Rather, it will often assume plausible deniability – as has been seen in the Hardwar case, where statements, worded with the right degree of ambiguity, are now being defended as calls to self-defence rather than calls to violence. Here again, the history of anti-semitism in Europe is instructive. Over a long time, a number of visual and verbal cues were developed that everyone knew referred to the Jewish community, to the point where it was no longer necessary to take the community by name. These included, for example, hooked noses and drooping eyelids, and a grasping nature, among others. Indirect hate speech of this kind is known as a “dog-whistle”: while it may escape the attention of an external observer, both the speaker and the listener know what – and who – is being referred to. In the Hardwar case, for example, veiled references about what was done to the Rohingyas fall within the definition of dog-whistling. Any comprehensive understanding of hate speech is a matter of judgment, and must take into account its ambiguous and slippery nature.

The third problem is perhaps the most difficult and intractable. As we have seen above, no matter how precise and how definite we try to make our concept of hate speech, it will inevitably reflect individual judgment. If, therefore, social and legal norms against hate speech are to be implemented without descending into pure subjectivity, what is needed – first – is a social consensus about what kind of speech is beyond the pale. In Europe, for example, holocaust denial is an offence – and is enforced with a degree of success – precisely because there is a pre-existing social consensus about the moral abhorrence of the holocaust, and the determination not to see it repeated. Social consensus allows us to discount whataboutery, and also distinguish cases of hate speech from other forms of confrontational or agitational speech – that often comes from hitherto marginalised classes – which nonetheless deserves to belong to the marketplace of ideas.

Achieving this social consensus is an immense task, and will require both consistent legal implementation over time, but also daily conversations that we, as a society (and especially, the socially privileged classes) need to have among ourselves. However, here – as in many other cases – circumstances have made it possible for the Supreme Court to initiate that much-needed conversation. For these reasons, its intervention in the Hardwar Dharm Sansad case will be an important one.