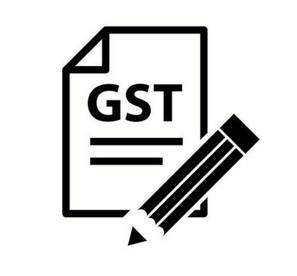 The transition to GST is still in progress and an extension will provide comfort to States to help roll out crucial changes.

It has been claimed that the implementation of the Goods and Services Tax (GST) in India was a grand experiment in cooperative federalism in which both the Union and the States joined hands to rationalise cascading domestic trade taxes and evolve a value-added tax on goods and services. Although the rate structure was presumed to be revenue neutral, the States agreed to forgo their revenue autonomy in favour of tax harmonisation. This was in the hope that it would turn out to be a money machine in the medium term due to improved compliance arising from the self-policing nature of the tax.

To allay the fears of States of possible revenue loss by implementing GST in the short term, the Union government promised to pay compensation for any loss of revenue in the evolutionary phase of five years. The compensation was to be calculated as the shortfall in actual revenue collections in GST from the revenue the States would have got from the taxes merged in the GST. This was estimated by taking the revenue from the merged taxes in 2015-16 as the base and applying the growth rate of 14% every year. To finance the compensation requirements, a GST compensation cess was levied on certain items such as tobacco products, automobiles, coal and solid fuels manufactured from lignite, pan masala and aerated waters.

In 2018-19, the shortfall in the payment requirement from the cess collections was ₹24,947 crore which could be met from the surpluses of the previous two years kept as balance in the compensation fund. However, in 2020-21, due to the most severe lockdown following the novel coronavirus pandemic, the loss of revenue to States was estimated at ₹3 lakh-crore of which ₹65,000 crore was expected to accrue from the compensation cess. Of the remaining ₹2.35 lakh-crore, the Union government decided to pay ₹1.1 lakh-crore by borrowing from the Reserve Bank of India under a special window and the interest and repayment were to be paid from the collections from compensation cess in the future. However, the entire compensation payment episode plunged the Union-State relationship to a new low, creating humongous mistrust.

The agreement to pay compensation for the loss of revenue was for a period of five years which will come to an end by June 2022; and considering the uncertainty in revenue collections faced by the States, they are keen that the compensation scheme should continue for another five years.

Although it was hoped that the tax structure would stabilise in the first five years, the reform is still in transition.

First, the technology platform could not be firmed up for a long time due to which the initially planned returns could not be filed. This led to large-scale misuse of input tax credit using fake invoices. The adverse impact on revenue collections due to this was compounded by the pandemic-induced lockdowns.

Second, this is the only major source of revenue for the States and considering their increased spending commitments to protect the lives and livelihoods of people, they would like to mitigate revenue uncertainty to the extent they can. They have no means to cushion this uncertainty for the Finance Commission which is supposed to take into account the States’ capacities and needs in its recommendations has already submitted its recommendations; the next Commission’s recommendations will be available only in 2026-27. More importantly, the structure of GST needs significant changes and the cooperation of States is necessary to carry out the required reforms.

A case for amendments

Second, sooner or later, it is necessary to bring petroleum products, real estate, alcohol for human consumption and electricity into the GST fold.

Third, the present structure is far too complicated with four main rates (5%, 12%, 18% and 28%). This is in addition to special rates on precious and semi-precious stones and metals and cess on ‘demerit’ and luxury items at rates varying from 15% to 96% of the tax rate applicable which have complicated the tax enormously. Multiple rates complicate the tax system, cause administrative and compliance problems, create inverted duty structure and lead to classification disputes. Reforming the structure to unify the rates is imperative and this cannot be done without the cooperation of States. They would be unwilling to agree to rationalise rates unless the compensation payment for the revenue loss is continued.

Thus, extending the compensation payment for the loss of revenue for the next five years is necessary not only because the transition to GST is still underway but also to provide comfort to States to partake in the reform. GST is the most important source of revenue to States and any revenue uncertainty from that source will have a severe adverse effect on public service delivery.

Similarly, reforming the structure to complete the process of transition to a reasonably well-structured GST is important not only to enhance the buoyancy of the tax in the medium term but also to reduce administrative and compliance costs to improve ease of doing business and minimise distortions. It has been pointed out by many including the Fifteenth Finance Commission that the compensation scheme of applying 14% growth on the base year revenue provided for the first five years was far too generous. The issue can be revisited and the rate of growth of reference revenue for calculating compensation can be linked to the growth of GSDP in States to ensure the comfort of minimum certainty on the revenue. This will incentivise them to accomplish the reform in the true spirit of cooperative federalism.