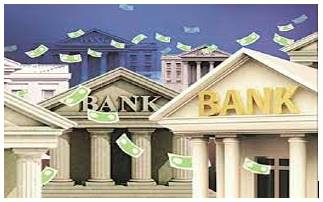 Among a bunch of bills that will be introduced in the winter session of Parliament is one that will facilitate privatisation of public sector banks. The Banking Laws (Amendment) Bill, 2021, will propose changes in relevant legislations that govern functioning of PSBs to facilitate transfer of ownership. Finance minister Nirmala Sitharaman indicated in the Budget that two PSBs are due for privatisation this financial year. From the financial sector, a general insurer was also slated for privatisation.

In the last session of Parliament, GoI said privatisation was ongoing in the case of 21 PSUs. The exercise was completed in the case of one of them, Air India. This was a pivotal moment in terms of signalling intent because the loss-making airline, burdened by debt and staffed by a unionised workforce, was perhaps the toughest to privatise. With AI out of the way, it should be relatively easier to deal with others. Prominent among the remaining 20 PSUs are BPCL, Shipping Corporation and BEML. It’s important for GoI to keep the momentum going by completing the exercise as soon as possible.

One of the highlights of the Narendra Modi government’s approach to economic reforms is that it has taken an unambiguous stand on privatisation. We need to see more of that because privatisation is essential to redeploy public resources in areas such as education and healthcare. It also helps the economy as PSUs get the benefit of additional capital and a clear-headed approach to business. PSU staff will be beneficiaries of it. Privatising two banks will need the perseverance and pragmatism displayed earlier because PSBs have borne the brunt of the NPA problem. Any potential buyer will need GoI to absorb some of the bad bits. A few big-ticket privatisations will tell stakeholders that despite farm laws repeal, the reformist spirit is very much alive.