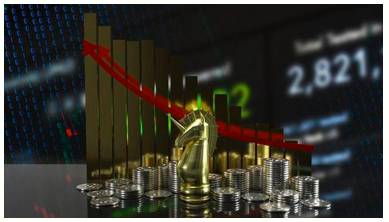 Euphoria over the ‘beacons’ in India’s unicorn gale may be misplaced as their valuations are linked to future earnings.

Early this month, the biggest-ever initial public offering (IPO) in India fell flat on its face on the first day of its listing in the stock exchange, with shares being traded at prices less than 27% of the IPO price. The timing of this IPO is blameless as investors have responded enthusiastically in recent times reaping massive gains in the range of 60% to 100% at the end of the first day’s trade.

Naturally then, questions arise on the valuation of the firm and the IPO. This firm, along with an educational technology start-up, is viewed as one of the ‘shining beacons’ among a growing list of unicorns in India. But the muted response towards the giant IPO casts doubts about the valuation of unicorns in India. Are they really worth the expectations? Or are they overhyped?

There has been a unicorn gale in India in recent years, covering diverse sectors from fintech to cloud kitchen. By the end of 2021, India is expected to have produced 40 more unicorns, more than three a month on average. An ecosystem which combines thriving digital payments, a growing smartphone user base and digital-first business models adopted by many start-ups has driven expectations of investors, resulting in large-scale fund flows into new business ventures. Expectations are high as the country has around 640 million Internet users, of which 550 million are smartphone users. Digital payment has seen a growth of 30.19% as of March 31, 2021 and by the end of September 30, the unified payments interface (UPI) registered 3.5 billion transactions amounting to ₹6.54 trillion.

This growth in digital payment is reflected in the fintech sector that has contributed the most to the unicorn list. For the period 2011, when the first fintech unicorn in India was reported, to 2020, the economy had six fintech unicorns. However, this year has already seen seven fintech firms joining the unicorn list. American investment firms Tiger Global and Sequoia Capital have been the major investors, providing very quick follow-up rounds of funds across all stages and sectors. The bulk of these deals are on the basis of potential market opportunity and the expectation that these firms have the ability to sustain an initial level of hyper growth. Fundamental financial performance of the business is not factored in these decisions which could lead to biased valuations.

Ever since Clayton M. Christensen popularised the idea of disruptive technologies in his 1997 book, The Innovator’s Dilemma, it has become a buzzword for characterising start-ups. The idea was that start-ups with limited resources can aim at technology disruption by inventing an entirely new way of getting something done. The firm which came out with the giant IPO was considered by many as a technology disruptor and game changer — which created hype and overvaluation.

However, in reality, the firm does nothing that other big players do not do. In fact the spread of UPI has made the firm’s core business of wallets redundant, and it is losing market share as more and more people are opting for UPI-based payments to directly transfer money from their bank accounts.

A report says, “Its business model is no different than that of several other fintech and ecommerce businesses”. Still, the firm’s IPO was valued at an outlandish 26 times its estimated price-to-sales ratio for 2022-23, which assumes significance as the global benchmark is 0.3-0.5 times the price-to-sales growth ratio for fintech firms. These valuations have to be seen in light of the shrinking of consolidated revenues by 11% for fiscal year 2020 -2021 and losses of ₹1,701 crore.

To make matters worse, the structure of the group has an inherent weakness emanating from the fact that there are 39 subsidiaries and over half of these put together contribute to a mere 5% of its revenues. These were clear warning signals for the brokerage firm, Macquarie Capital Securities (India) Pvt. Ltd, which calls the firm a “cash guzzler” having funding losses, burning 70% of the money it has raised since its launch. Further, valuation expert Aswath Damodaran, in his own valuation of the firm called the company “India’s premier cash burning machine”.

The story is similar in educational technologies (EdTech) as well. In fact the novel coronavirus pandemic has been a blessing in disguise for EdTech firms, as it is this external environment that is pushing the industry, giving it an acceleration by four to five years.

Rising Internet penetration is also shaping the fortunes of the sector. Here we have the case of an EdTech firm touted as a shining example of entrepreneurship in the new economy, having 30% rise in valuations every six to nine months without a change in its fundamentals. This firm acquired nine other firms in one year. Too many acquisitions with big ambitions to grow inorganically puts pressure on the balance sheet in the years to come as some of the new acquisitions are likely to fail. Even, EdTech firms with reasonably good business models are highly overvalued due to abundant liquidity.

Almost every second advertisement on primetime television is either of a digital payment firm or EdTech platform. This is because one of the things that technology companies typically attempt first is to induce a behavioural change to customers who have lived in a particular style. New firms in services will have to indulge in this process for a longer period than firms in other industries such as transportation as these firms have to bring about a particular kind of change that customers are significantly comfortable using the service. It is only when this journey of behavioural change starts that more and more consumers utilise such services. But inducing such behavioural changes are costly to new firms as they have to incentivise customers. “Firms burn cash to give massive discounts to customers in the hope that people will get so habituated to these platforms that they will remain active even when the prices are hiked”.

To some extent this worked in the context of mobile telephone services as Indians have got hooked to mobile phones and reoriented spending to buy more sophisticated smartphones and data. But in other services this does not seem to work so easily.

A mistake that firms and valuation experts seem to make is that they overestimate the Indian economy’s ability to consume services as they assume exponential demand growth for longer time horizons. Data by the Centre for Monitoring Indian Economy (CMIE) points to this flaw of over-optimistic demand projections as there are just about 23 million households which earn more than ₹5 lakh per year i.e., less than ₹42,000 a month, which is about 7% of all Indian families. It is only this class which can be coaxed to behavioural changes — i.e. people who can afford various kinds of goods and services. If firms want to go beyond this 7% of households they have to offer bigger discounts, burning more cash, with the possibility that once the discounts are reduced, customers drop off.

Given the current state of the economy and employment situation, we have “a scenario of consumer-facing tech companies already reaching the saturation point of their real customer-base; people who can afford to consume without discounts”. It is in this milieu that we are witnessing new unicorns emerging every month, which are products of inflated valuations to tap more funds to burn more cash. These valuations are solely on the basis of future earnings, with virtually no profits to show in the present. Ecstasy and euphoria over these unicorns then has to be based on illusions rather than on reality.