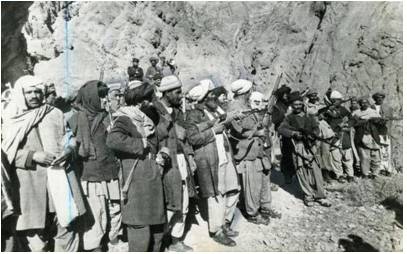 Institutionalised neutrality is a remedy that can stop Afghanistan from becoming a geopolitical pivot and a terror source.

Geography dictates geopolitics but is often interpreted varyingly. This has been true of Afghanistan in modern times. Before 1880, its boundaries were demographic rather than territorial, and as a political entity it began to emerge when the empires of the Safavids in the west and Moghuls in the east declined rapidly. Till then it was nominally a monarchy, but in reality a military aristocracy and the death of a ruler was always followed by civil wars.

In the 1880s ‘Amir’ Abdur Rahman Khan cautioned his country against Tsarist inroads. In the Anglo-Russian Convention of 1907, the two imperial powers committed themselves not to undertake change in the political status of Afghanistan. In 1953, the Joint Chiefs of Staff in Washington concluded that ‘Afghanistan is of little or no strategic importance to the United States’ and that ‘it would be desirable to remain neutral because otherwise it might be overrun as an avenue to the Indian subcontinent’. In 1954, Secretary of State J.F. Dulles told a high-ranking Afghan emissary that ‘instead of asking for arms, Afghanistan should settle the Pushtunistan dispute with Pakistan.’

A quarter of a century later, and following the establishment of a Soviet-backed government in Kabul, National Security Adviser Zbigniew Brzezinski advised President Jimmy Carter to choose between punitive, coercive or deterrent courses of retaliatory action ‘to maintain credibility in Moscow’. A decision was then taken in June 1979 to establish ties with Afghan dissident leaders in Pakistan and offer aid to them. This, in turn, led to Moscow’s direct armed intervention on December 27, 1979. In response, a trilateral alliance of the United States, Pakistan and Saudi Arabia emerged to render assistance to the Mujahideen groups through an ‘arms pipeline’ controlled by the Afghan Bureau of the Inter-Services Intelligence (ISI). The latter also decided on the allocation of funds made available principally by Saudi Arabia to different groups and coordinated with the Central Intelligence Agency (CIA) and the Saudi intelligence organisation headed by Prince Turki al-Faisal who has recently given a candid account of it.

Mr. Carter’s aim, according to Prince Turki, ‘was to embarrass the Soviet Union and make the cost of occupation of Afghanistan as high as possible… the war in Afghanistan was more a political and military failure than a conventional military defeat for the Soviet Union… In a military sense it failed to subdue the Mujahideen but it never suffered a defeat in battle’. More details of the process was given many years earlier in Artyom Borovik’s The Hidden War that shed much light on the Soviet conduct of the war and on the morale of its armed forces.

In 1982, Soviet President Leonid Brezhnev posed a question to Prime Minister Indira Gandhi: ‘Show me a way to get out of Afghanistan’; her response was laconic: ‘The way out is the same as the way in.’ A face-saving formula however took time to emerge since Washington showed no haste and the Soviet withdrawal was thus completed only in February 1989.

In August 1919, the Treaty of Rawalpindi recognised Afghanistan as a fully sovereign state and the Amir in turn recognised the Durand Line and agreed to forego the British subsidy. In July 1931, King Nadir Shah announced a policy of neutrality. In July 1949, the Afghan National Assembly passed a resolution repudiating all previous treaties and agreements with the British before the birth of Pakistan and rejected the Durand Line as the international frontier.

Decades later, Pakistan’s perceptions changed after the collapse of the People’s Democratic Party of Afghanistan (PDPA) regime in the wake of the Soviet withdrawal and the seven-party Mujahideen government was installed and recognised by many western states. New Delhi then took the view that India’s diplomatic mission in Kabul should continue and so should its economic assistance and help in the area of public health. It was also decided that it ‘should contact with leaders of all groups and remain in touch with them so that eventually India could deal with whosoever came to power’.

An idea to pursue

Then and later, the idea of an externally guaranteed institutionalised neutrality was aired but not welcomed by the Mujahideen; and, even later, President Hamid Karzai was not receptive when the word was ‘used carelessly’ by the Special Representative of the Secretary-General for Afghanistan, Kai Eide, in the context of Afghanistan’s future international status. On the other hand, and in more recent times, the idea has been aired from time to time (including by two from India) as a possible remedy for minimising or unending competition between competing powers and to prevent Afghanistan lapsing into being a geopolitical pivot of competing powers and a source of extremism and terrorism.

An American scholar Audrey K. Cronin studied in 2016 recent cases of ‘Neutralization as a Sustainable Approach’ and, in relation to Afghanistan, opined that such an approach can be negotiated by the United States, China, Iran, Russia, Saudi Arabia, the Central Asian republics and the North Atlantic Treaty Organization (NATO), adding that the question of the Durand Line would need to be addressed during negotiations.

In December 2003, two Indian commentators opined that the way out of the morass would be to re-place Afghanistan in its traditional mode of neutrality for which two requirements were essential: the Afghans themselves must declare unequivocally that they would follow strict neutrality in their relations with external powers; and the outside powers must commit themselves to respect Afghanistan’s neutrality. In other words, external powers must subscribe to a multilateral declaration not to interfere in the internal affairs of Afghanistan together with an obligation on Afghanistan not to seek outside intervention in its internal situation.

A suggestion of ‘Neutralization’ as a concept and as a realisable goal has to be thought through on grounds of principle and of practicality. In the first place, would there be an ideological constraint from the view point of the present-day Taliban? None has been mentioned and should not be presumed. Available accounts of the Doha talks suggest that both former Afghanistan President Ashraf Ghani and the Special Representative for Afghanistan Reconciliation, Zalmay Khalilzad, mentioned ‘neutral and non-aligned post-peace settlement Afghanistan’ in the discussions and were not contradicted in terms of Islamic ideology as viewed by the Taliban. It is on record that Afghan governments practised neutralism (military non-alignment) since King Nadir Shah’s pronouncement in 1931 — in the Second World War and in the India-Pakistan 1965, 1971 and the Kargil wars. In the foreseeable future and given domestic cohesion, the likelihood of the Taliban leadership departing from it on ideological or practical grounds does not seem to arise.

This leaves the factor of practicality that is to be tested on the regime’s immediate and foreseeable future requirements — recognition, defreezing of assets, immediate food aid, and longer term bilateral and multilateral economic assistance to replace what was given bilaterally for other considerations.

The essential ingredients of such neutralisation would be: a formal Afghan declaration in constitutional terms; a legally binding declaration by each and every immediate and proximate neighbour; a United Nations Security Council declaration calling on the P5 and interested powers to refrain from any form of power politics in Afghanistan, and; a United Nations General Assembly resolution recognising Afghanistan as a neutral state.

On the Durand Line — and while nothing has been formally proposed — the solution would seem to lie in a creative approach with some form of a formal but soft border that would accommodate the area’s history, geography and demography. In this context, an observation by the former Pakistan Foreign Secretary, Riaz Mohammad Khan, is of relevance: ‘It would be as futile for Pakistan to push Kabul for formal recognition of the Durand Line as it is for Kabul to reopen this issue whose parameters it has never been able to define. Kabul should continue to respect the Durand Line as the functional border, which for Pakistan remains the historical and legal border.’

Given the ground situation today, and Afghanistan’s dire need for accommodation with the external powers, aid-givers and economic assistance, the situation is ripe for political adjustment of its basic perceptions more so because it can benefit (not harm) the country and allow friendly countries to render assistance without constraints of competition and power politics.

In futile efforts, the great Powers have tried and failed to dominate the world through Afghanistan and left death and misery in its wake. Sanity would suggest a wiser approach.