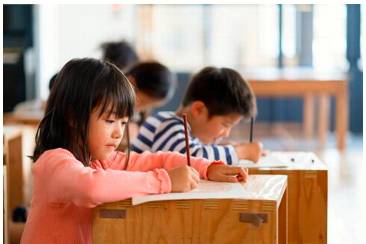 It begins from scratch with elementary schools playing a vital role in trying to create mindful and responsible citizens.

Investment in education yields both private and social returns. Private returns, like wages, accrue to individuals. Social returns accrue to society. Textbook economics suggests that private returns rise with one’s level of education, but social returns peak at the elementary levels. For when educated people follow rules such as queuing, using washrooms, washing hands, protecting public property, etc. the collective returns from such actions generate a huge social value such as cleaner, healthier and disciplined societies.

Education is everything that expands our capabilities — as individuals and as society. The novel coronavirus pandemic has given us an opportunity to re-evaluate how our schools should expand our capabilities. While academic prowess in math, science and language is essential, what about the issue of household chores? Or connecting with the community or nature?

Does learning household chores expand one’s capabilities? For if people do not know how to keep their spaces clean, cook their own food, do their laundry, it just needs a shock like a COVID-19 pandemic to occur and for a society dependent on the labour of others to feel incredibly disrupted. Add to it shortages of essential supplies and overstretched public resources, and social disruption is inevitable. So, how can we prepare for the future? The answer: through our elementary schools.

Can we learn from another country? Yes. Probably, Japan.

In 2011, pictures from tsunami-hit Japan went viral, with locals patiently queuing up for rations amidst massive devastation. Throughout the novel coronavirus pandemic, schools and public spaces have remained fairly open in Japan due to people’s responsible behaviour. As India prepares to re-open its schools along with the newly adopted New Education Policy, we can borrow some insights from the Japanese system.

Japan ranks among the top in the Programme for International Student Assessment (PISA) which evaluates students on their prowess in core academic subjects. However, another important aspect of the Japanese curriculum is its emphasis on non-cognitive elements. Japan’s Ministry of Education, Culture, Sports, Science and Technology (MEXT) explains ‘Chi-Toku-Tai’ as the defining features of Japanese schooling. Chi, which translates to ‘know’ lay an emphasis on building strong academic abilities. Toku, translates to ‘virtue’ and refers to mindfulness, self-discipline, and cooperative abilities. And last, Tai, translates to ‘body, and refers to physical and mental well-being.

The Japanese education philosophy transitioned from an extremely examination-focused, rote memorisation-based approach to the ‘Chi-Toku-Tai’ approach in the 1970s. The elementary school curriculum was later supplemented with subjects, namely moral education, integrated studies and special activities. Together, seen as a ‘zest for life’ approach, this philosophy focuses on holistic ability extending beyond academic prowess to include ‘kansei’ which roughly translates to ‘sensitivity’. This approach aims at developing a knowledgeable mind which can appreciate beauty and nature, hold a sense of justice, and respect life and labour.

Moral education includes norms that define socially responsible and considerate behaviour towards everyone including nature. For example, as a summer project, students venture out in nature observing beetles, cicadas, crickets and sketching or noting their characteristics in their ‘insect diary’. Students as young as first graders take turns to clean their classrooms, washrooms, serve school lunches, and water the plants at school. When students cross a pedestrian crossing while making a driver wait, they bow in a ‘thank you’ to express gratitude. While these are some examples, the essence is that elementary school curriculum can play a tremendous role in building courteous and mindful societies.

Such a system reaps several benefits. As students do various chores, it builds respect for labour and humility at a young age. It trains them to undertake routine jobs in an efficient manner and encourages responsible and mindful behaviour towards the community. Think of how the Japanese fans celebrated their victory in the 2018 football World Cup opening match against Colombia — by cleaning up their rows in the stadium in Russia.

Integrated studies encompasses experiential learning and independent thinking where students identify problems in their local communities and think of solutions. For example, children may create a disaster preparedness map based on their own research. Seniors from the community are invited to share insights about the community’s history. Activities such as these integrate schools with the community. If we can train our children in identifying problems in their local communities such as health ailments, pollution, waste disposal, etc. and coach them in developing solution road maps, the gains to both sides can be immense.

The special activities hour encourages students to consider the school as a “society”. These include activities such as organising events, maintaining the library, etc. After task completion, students are made to reflect on the problems they experienced in the process such as wastage, conflict, etc. and the ways to resolve them. This inculcates the practise of ‘kaizen’ — the Japanese philosophy of continuous improvement.

Finally, another notable aspect that defines Japanese society and education system is ‘collectivism’. Unlike the West, Japan is a collectivist society. Working as a group and group harmony is fundamental to this society. While this has its own limitations, the general belief that one wins only when the group wins, generates equitable and united societies.

For us, volunteering for a treasure hunt activity involving third graders in Tokyo gave us an interesting insight into collectivism. Teams had to find the hidden treasure; however, the primary target was not the treasure but to keep the unit together. Teams could only move forward when all its members were together and agreed on the next strategy. So, if there were students on wheelchairs or slow otherwise, the group respectfully waited for them to arrive. Finally, the teachers had to pick one student per group to go to the stage to display the ‘treasure’ and receive the audience’s applause. Surprisingly, they picked the ones who were usually lagging. Every third grader felt included and valued. The real treasure had been found. Amazing, isn’t it?