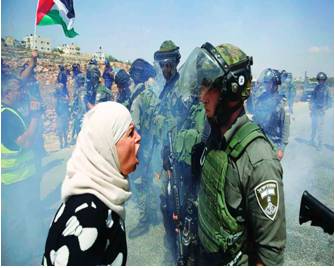 In this time and age, nobody can afford to be aloof from international politics. That’s why a closer strategic understanding through various tools is important.

In a tumultuous world order facing the challenges of COVID-19, terrorism, border disputes, political instabilities, religious extremism, climate change and so on, the world may seem more at peace than in the previous decades. Yet, tensions between and among the nations are far higher at present. From two World Wars to Cold War, Globalisation to Great Recessions, there have been drastic changes in the world order. However, the contest for the apex title continues to be the same. Although the ongoing decade has so far avoided a war-like situation globally, the conflicts in Africa, West Asia and other parts of the world have impacted the global community one way or another. With none aloof from the happenings of international politics, be it individual or countries, understanding the global political system is the utmost need of the time. Political scientists have theorised, conceptualised, argued and defined the politics, State, power, system and governance according to their understanding of contemporary international politics. In the meantime, it has impacted almost every country’s bilateral and multilateral relations with the rest of the world. It needs closer scrutiny through the tools of diplomacy, foreign policy, strategy, geopolitical analysts and strategic understanding of the situation. While members of the diplomatic community, intelligence agencies, political leaders/spokespersons and journalists remain at the forefront to assess the situation, dedicated institutions help these agencies or individuals to prepare better to deal with the issues.

By the first half of the 20th century, India found herself as the epicentre of the South Asia region, encircled by landlocked countries (Bhutan and Nepal), small island nations (Maldives and Sri Lanka) and politically volatile Myanmar and Pakistan and a giant in the form of China next door. Amid this background, India had set up the Indian Council for World Affairs, Indian School of International Studies, followed by many other independent think tanks working towards understanding the events of international politics and helping the Government in assessing the risks involving while pursuing national interest. Since then, the Government has established public think tanks and research centres in various universities to train the scholars for study and research the issues of international politics and relations with an India-centric approach.

With the resurgence of China, India’s challenge to strengthen its regional power status and reinforce its strategic presence in Asia, particularly in the Indo-Pacific region, has doubled. There are risks of regional and international alliances falling apart due to failure of common ground to cooperate. In this situation, universities and research institutions have a more significant role in assessing the risks and coming up with potential solutions that may help pursue the national objective and protect national interest. In a recent speech, while inaugurating the newly established School of International Relations and Strategic Studies at the University of Mumbai, Indian Army chief, General Manoj Mukund Naravane, said that “there is renewed interest in assimilating indigenous thoughts of a glorious past. This, coupled with the growing stature of our country in the dynamic global world order of today, aspires us to draw valuable lessons from an ancient heritage” of India’s global strategic thoughts and thinkers.

While India’s diplomatic and defence community are well equipped to chalking out an impenetrable strategic plan for India’s development, progress, safety and security, India also needs to produce young minds in international and strategic studies. However, the subject does not find adequate representation in universities across India. As the Army chief stated that “India is a land of great strategic thinkers and scholars”, and with thinkers like Chanakya, Manu, Tiruvallur and in the modern day K Subramaniam, India needs to evolve and retrace this knowledge.

International relations and strategic studies are vital components of various professional courses and career-oriented examinations either by the Union Public Service Commission, State Service Commission or Staff Selection Boards. With the JNU in north India, Jadavpur University in the east and Pondicherry University in South hosting the Schools of International Studies, Mumbai being the HQ of Western Naval Command of Indian Navy and Naval War College, affiliated to the University of Mumbai, Pune HQ of Southern Command of Indian Army, the National Defence Academy and College of Military Engineering setting up the School of International Relations and Strategic Studies at the University of Mumbai, Mumbai brings together the armed forces, thinkers, research scholars, academicians and journalists to study and discuss the future of strategic studies in India.

With India as a hub to prominent think tanks like the Manohar Parrikar Institute for Defence Studies and Analysis, IDSA, New Delhi, United Service Institute, Centre for Land Warfare Studies (CLAWS) and Centre for Airpower Studies, an active infrastructure at the university level in teaching and training the future generations of strategic community will help India to seek and secure its national interests. India also has fine journalism, and global events infrastructure is an integral part of their print and visual reporting. Therefore, professional training in this regard, especially in cities like Mumbai, is the need of the hour. Also, in the near future, India will need more aspiring diplomats and strategic thinkers. This vacuum can be filled by more such centres coming up at the university level.