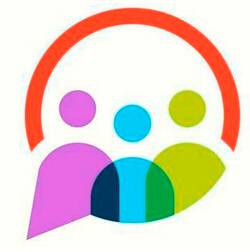 Mere toleration or empirical plurality of cultures is not the same as a conscious democratic project of multiculturalism.

B.R. Ambedkar once said, “... fraternity can be a fact only when there is a nation. Without fraternity, equality and liberty will be no deeper than coats of paint.”

Rather than celebrating toleration, or seeing the paradoxes as a peculiarity of the Indic mind, it is crucial to recognise that a virulent majoritarianism can coexist with the professions of tolerance. It is misreading to treat the latter as a paradox because mere toleration or an empirical plurality of cultures is not the same as a conscious democratic project of multiculturalism or composite culture.

Thus, in the last two Lok Sabha elections, not a single Muslim has been elected on a Bharatiya Janata Party ticket. This obliteration of political representation of a significant minority (numbering 200 million) — which arguably has no parallel in any established democracy in the world — has become completely normalised in India, and is not a matter of discussion at all.

Other findings and paradoxes

The Survey abounds in other paradoxes: 80% (across all religions, in almost same proportion) think that respecting other religions is a very important part of their own religious identity, 91% assert that they are free to practise their religion, 77% of Muslims believe in the Hindu notion of karma, but when it comes to inter-religious marriages, friendships and neighbours, there is a marked tendency to keep communities separate. Thus, 67% of Hindus and 80% of Muslims believe it is important to stop women of their communities from marrying outside; 86% of Hindus have their close friends come mainly or entirely from their religion.

Scholar Bhikhu Parekh argues that plural cultures have always existed in the past, but what marks out contemporary multi-cultural societies is the premise of equality of cultures, and not just self-contained co-existence.The key features of multi-culturalism/composite culture are, as Prof. Lord Parekh asserts, cultures beyond compartments, constant dialogue and mutual change, and a strong streak of interrogation of “settled beliefs” across all cultures, especially the dominant culture.

It is a mistake to see the electoral success of religious majoritarianism in recent years as constructed in a vacuum. Instead, it is precisely the decades-long compartmentalisation of different religious communities, and the absence of solid state and civil society arrangements in educational pedagogy, personal relationships, workplace, to facilitate inter-cultural interaction, and based on equality and respect, even under supposedly secular regimes, that has made the soil politically fertile for the demonisation of the minority, especially the Muslim (and occasionally the Sikh, as in the recent farmer protests).

This is despite the Survey breaking the Hindutva appellation of the anti-national Muslim. In fact, 95% of Muslims (and Sikhs) declare that they “are very proud to be Indian”.

The American philosopher Michael J. Sandel argued that under rising extreme inequalities of capitalism, there is a “skyboxification of American life”, in which the affluent classes and people of poor means have no connection at all, and they “live and work and shop and play in different places” and their “children go to different schools”. In India, this plays out differently not just in economic terms, but also in religion, and more starkly, caste, the fundamental divide.

Every religion is riven by caste. Like with religion, 64% say that it is “very important” to prevent women from crossing caste boundaries in marriage, and 70% affirm that “most or all of their close friends share their caste”. Again, the Survey brings to the fore the central contradiction of a democratic nation that is divided by compartmentalised hierarchies. Thus, it is vital to note that amidst the gathering clouds of majoritarianism, it is a minority of upper castes that holds the reins of power, across religions, and it is the lower castes among the religious minority that face the brunt of majoritarian attacks. Glossing over this reality, ironically, reinforces religious majoritarianism, and reduces conflicts to merely religion.

This can only be overcome by the unison of social groups, especially the oppressed, across, religious and caste boundaries. As B.R. Ambedkar recognised a long time ago, the central barrier to the making of a nation is “separation in social life”. It cannot be eliminated simply by elements like, as the Survey shows, a quarter of Muslims and a third of Christians believing in the purifying power of the Ganga, or the same kind of numbers believing in reincarnation, etc.

The antidote to the fear of other social groups, especially minorities, often is increased interaction among them in a variety of public and private settings. This is demonstrated in earlier Pew surveys in India, and those elsewhere. In the United States and West Europe, there is a big difference in positive attitudes towards other social/religious groups when members of those groups are personally known. Despite anti-Muslim sentiments, much higher numbers than India are willing to accept Muslims as neighbours. In the Pew Survey on 11 Emerging Economies including India, a higher percentage of the majority community in countries such as Lebanon, Venezuela, and South Africa interact with the minorities than India.

But contrary voices to the majoritarian and segregated vision can be seen within the present Survey too. In several aspects such as the superiority of one’s own religion, having friends and neighbours from other religions, preventing inter-religious marriages, the importance of being a Hindu and speaking Hindi to be a true Indian, prohibition of beef, the attitudes in South India differ, not by a small, but a substantial margin to the rest of India, especially the North and the Central parts. This enhanced willingness to break differences permeates both Hindus and Muslims in the South, showing the wider reinforcing effects of increased mutual interaction. Since culture affects politics, Hindu nationalism has had much less electoral success in the South, at least so far.

Social reality and complexity cannot be reduced to numbers. After all, one cannot compare attitudes of different social groups blandly without understanding power differences. But quantitative surveys are still necessary tools. Majoritarianism, accompanied by mere tolerant acceptance of minority communities as non-interacting enclaves, is the death knell of democracy. To the extent that the Pew Survey hints at majoritarian attitudes and compartmentalisation, it can only be ignored at our own peril.