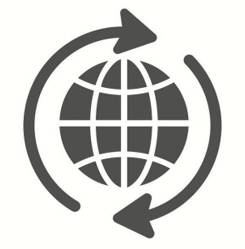 In the post-pandemic period, developing economies should rise to meet the U.S.-led liberal hegemonic world order.

The International Institute for Strategic Studies puts the overall estimate of China’s military budget at $230 billion (https://bit.ly/3sofrDw). The intentions for global supremacy are apparent, chiefly to outrun the Pentagon. The primary geopolitical rivals, namely Russia and China may possibly provide the strategic and tactical counterbalance to the hegemony of America. Moreover, the international order is under threat of the rising economic power of the BRICS nations, with China dominating in its economic and military capacity.

Rising powers and an agenda

Though it is a far cry from surpassing the United States in its military prowess, particularly Russia which has no ambitions of a global outreach, it is apparent that the future of global politics requires a significant programmatic agenda in the hands of the rising powers that are aggressively building a parallel economic order envisaging new centres of hegemonic power. It forebodes the final decline of American ascendancy that began after the end of British imperialism in the aftermath of the Suez Crisis (1956) when a wrap on the knuckles by America led to the withdrawal of Britain and France. Pax Britannica gave way to Pax Americana.

From the Renaissance period onwards, 14th-15th century Europe began its hegemonic ambitions through trade and commerce, taking almost 500 years to colonise and influence nations across the world. The tectonic shifts in the postcolonial era saw the interrogation of Eurocentrism and its biased accounts of the East, especially with the appearance of Fanon’s The Wretched of the Earth and Edward Said’s Orientalism which began to propel freedom struggles against western-centric perspectives inherently inadequate and biased for the understanding of the emerging new world order. It was the Bandung Conference of 1955, a meeting of Asian and African states, most of which were newly independent, that set the schema for the rise of Asia, politically and economically. The confrontational stance was therefore the expected corollary in third world struggles to create a parallel order.

Nevertheless, in all likelihood, America will continue to play a prime role in international affairs though its image representing universal brotherhood has sharply declined under the Trump regime, particularly his foreign policy of threatening to withdraw from the North Atlantic Treaty Organization (NATO) and withdrawing from the Paris Agreement on climate change. Furthermore, his bare-faced racist obsession and his handling of the marginalised immigrants has left the democratic world aghast. The rising tide of far-right ultra-nationalism and ethnic purity experienced in the Brexit phenomena, in Trumpism and in the promotion of the right-wing agenda in India, has set in motion the wearing down of liberal democracy. Other threats such as terrorism, ethnic conflicts and the warning of annihilation owing to climate change necessarily demand joint international action where American “exceptionalism” becomes an incongruity and an aberration. This indeed has chipped away at the American global supremacy.

The world is, as a result, witness to a more decentred and pluralistic global order, a rather compelling vision of the empowerment of liberal forces standing up for an international order incentivised by long-term structural shifts in the global economy, indicating the evolving nature of power and status in international politics, especially in the context of the rising impact of Asian Regionalism on international trade and commerce.

This is the evolutionary path the developing nations are already embarking on, though the current raging novel coronavirus pandemic has retarded economic development and sent many economies such as Brazil, India, Turkey and South Africa into a downward spiral. It is hoped that in the post-pandemic period, these economies would rise to meet the American-led liberal hegemonic world order. With China spearheading Asian regionalism, a serious challenge is possible but there is deep scepticism about China’s self-enhancing economic and military greed reflecting its personal economic rise. China must strengthen the opposition to the West through the promotion of regional multilateral institutions . Its self-centered promotion of building its own stature through the recent concentration on principle of the Belt and Road Initiative and the Silk Road project has, indeed provoked an understandable clash with India and Japan. More than having individual partners or allies, China must embrace and give a push to multilateral affiliations in order to not further exacerbate regional tensions.

Power rivalry in a multipolar world would remain a possibility with military conflict not ruled out. It would be overly optimistic to imagine that the threat of war is behind us, though it can be safely said that it is unlikely. Regional military activity can be seen in Russia’s assertion of power in Georgia and Ukraine, Turkey in the east of the Mediterranean, India’s disputes with Pakistan and China’s infiltration into India as well as its rivalry within its periphery. History is a witness to nations beginning to flex their muscles once economic rise is assured and recognised across the world. Indeed, the international state of affairs is rather fuzzy and frenzied.

However, the capabilities of the rising economies cannot be underestimated. China and India clearly have the age-old potential to lead as, historically, they have been pioneers of some of the oldest civilisations in the world. Whereas, China’s military capabilities must not make China lose its bearings, economically it must spearhead the challenge to the established western world that has ingrained its superiority in the consciousness of the developing world for centuries. China indeed is a valuable bedfellow for the launching of a union which could be a formidable challenge to the West at a stage when multifaceted transnational threats confront the world and need the collective universal attention. The fragmentation of global governance consequently can no longer be handled solely by America.

Thus, a more nuanced understanding of power in the circumstance of the declining authority of the West has to be arrived at especially when China is still far from approaching U.S. power in just about any area, particularly in its economic or military strengths, its multinationals that lead just about in every category. Its defence advantages that are unparalleled.

China, on the other hand, is indisputably a serious rival to the U.S. in the South China Sea, a world leader in renewable energy, and a formidable actor on the global stage of investment and trade, penetrating India, Israel, Ethiopia and Latin America. As Tongdong Bai writes in his book Against Political Equality, China has risen in its global power by “adopting the idea of absolute sovereignty and following the nation-state model, which is in conflict with the Western ideal that human rights override sovereignty…. But it cannot continue to rise by doing what it has been doing and it must eventually follow the liberal democratic models”. China must remember that its growing power has compelled Anthony Blinken, the current U.S. Secretary of State, to encourage NATO members to join the U.S. in viewing China as an economic and security threat.

Thus, a kind of dualism persists in the world order with no clear hegemony that can be bestowed on one single nation. Global power gradually extends across a wider range of countries, restoring contestation necessary for the smooth working of a balanced world order, thereby allowing multiple narratives to co-exist on the international level. This has implications for the functioning of a civilisation that is not controlled by the indomitable will of one.

On sharing and treaties

The emphasis, therefore, would be a move towards restructuring and advancement, as well as adopting an oppositional posture as a robust replacement of subservience to western hegemony. The challenges of the 21st century can be met head on through mutual sharing of knowledge and more ground-breaking inclusive treaties. It is feared that there could be a possibility of a multipolar world turning disordered and unstable, but it is up to the rising nations to attempt to overcome territorial aspirations and strike a forceful note of faith on cultural mediation, worldwide legitimacy, and the appeal of each society in terms of its democratic values. Interestingly, the sun is now setting on the empire and the rising nations are gradually waking up to a new experience of freedom and self-confidence.