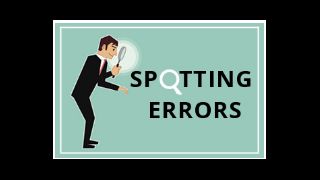 Example: He is relatively / more intelligent / than his brother. / No error

Explanation: According to the rule given above, positive degree adjective is used after ‘relatively’. So, there is an error in the second part of the sentence; and ‘more’ should not be used before ‘intelligent’.

Therefore, the correct sentence should be:

He is relatively intelligent than his brother.