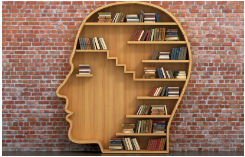 About BIBLIO: The root in various English words “BIBLIO” came from Greek Word “BIBLION”, which means “book”. And surprisingly the meaning of the words derived from this root do not necessarily possess the “Reading” attribute. Hence meaning also possess Literally meanings of “Pertaining to Book”. Words: Bibliography (noun) - A list of books used as sources; Bibliomania (noun) - An extreme love of books; Bibliophile (noun) - A person who loves books Bibliology (noun) - History and science of books as physical objects Bibliography (noun) - List of books Bibliophobia (noun) - Dread or hatred of books Biblioklept (noun) - One who steals books Bibliobibulus (noun) - People who read too much, and so are oblivious of the real world. Biblioclasm (noun) - Destruction of books, especially the Bible Bibliogenesis (noun) - The art of producing and publishing books. Bibliographer (noun) - Anyone who writes about books, describing their authorships and their printings, publications, etc. Bibliolatry (noun) - An extravagant admiration of a book or of books in general.