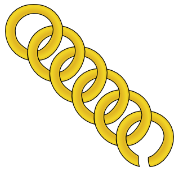 About: The root word “Sert (sometimes used as “ser” or “xert”)” is taken from the Latin word “Serere” which means “to join/to attach”. Literally or figuratively the root sense is always exhibited from the meanings of derived words.

Assert (verb): State a fact or belief confidently and forcefully.

Desert (noun): Uninhabited and desolate/ a situation or place considered dull and uninteresting.

Dissert (verb): To speak or write at length.

Dissertation (noun): A long essay on a particular subject, especially one written for a university degree or diploma.

Exert (verb): Apply or bring to bear (a force, influence, or quality).

Exertion (noun): The application of a force, influence, or quality.

Insert (verb): Place, fit, or push (something) into something else.

Insertion (noun): The action of inserting something.

Serial (noun): A story or play appearing in regular instalments on television or radio or in a magazine.

Seriate (adjective): Arranged or occurring in one or more series.

Seriatim (adverb): Taking one subject after another in regular order; point by point.

Series (noun): A number of events, objects, or people of a similar or related kind coming one after another.