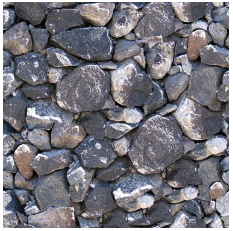 About: The root word “Trit” used in many English words is derived from Latin word “Terere” which means “to rub/wear”. Various suffixes and prefixes are added to mould the meaning of root word, some are listed below.

Attrition (noun) - The process of reducing something's strength or effectiveness through sustained attack or pressure.

Contrite (adjective) - Feeling or expressing remorse at the recognition that one has done wrong.

Contrition (noun) - The state of feeling remorseful and penitent.

Detriment (noun) - The state of being harmed or damaged.

Detrimental (adjective) - Tending to cause harm.

Detrital (noun) - Loose fragments or grains that have been worn away from rock.

Detrition (noun) - The action of wearing something away by friction.

Tribulation (noun) - A state of great trouble or suffering.

Trite (adjective) - (Of a remark or idea) lacking originality or freshness; dull on account of overuse.