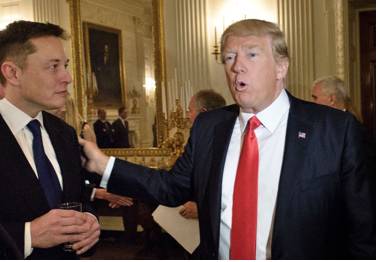 Donald Trump doesn't need to go back to Twitter, perhaps, because he already broke it. Only Elon Musk doesn't seem to realise that.

If a publicity-loving narcissist doesn’t want to be on your social media platform, it’s in big trouble. One of the latest headlines from the seemingly never-ending hijinks at Twitter since Elon Musk took over has been the lifting of the suspension on Donald Trump’s account on Sunday. Trump’s account was suspended nearly two years ago, after the Capitol riots in January 2021. Musk, long before he decided to become the self-appointed one-manarbiter of free speech by buying a company, had been incensed by Trump’s “permanent suspension”. After a poll on his platform on whether the former US president’s account should be re-instated, @realdonaldtrump is back in action. Unfortunately, the corporeal Donald Trump isn’t interested in Twitter anymore.

Trump does not see “any reason” to return to Twitter. Perhaps he is right. The role his late-night tweets played during his presidency — injecting a ranting, polarising chaos into the public conversation and media cycle — is now fulfilled by the likes of Ye (formerly Kanye West) and Musk himself. Perhaps he doesn’t want to compete for attention on a platform that’s already overcrowded with mega-rich megalomaniacs. Or maybe he believes that since his posts on Truth Social — the platform Trump founded — are amplified by mainstream media and their screenshots are shared on other social media, another account is redundant.

Whatever Trump’s intention, the fact is that he has transcended the need for Musk’s generosity. Trolling, once a niche activity carried out on the margins, grew exponentially, and in the former US president, found a platonic ideal type. He made the casual misogyny, prejudice and name-calling reserved for private conversations and outliers of the cyber world into a successful political campaign. And by breaking the conventions of civility, he challenged the boundaries of free speech in a democracy. Trump doesn’t need to go back to Twitter, perhaps, because he already broke it. Only Musk doesn’t seem to realise that.