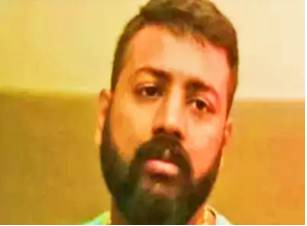 NEW DELHI: Leena Paulose and her husband, Sukesh Chandrasekhar, seem to have taken lessons from the Netflix show Ozark, the charge sheet filed by the Economic Offences Wing shows.

They were accumulating cash, most of it unaccounted money, and then turning them legitimate income through small commercial entities.

In the manner of the money laundering couple in Ozark, Chandrasekhar and Paulose too set up ways to legitimise illegal earnings. One way they did this was by Paulose operating a salon named Nail Artistry. There she and her staff are alleged to have swiped random cards to rack up earnings from 'customers', according to the cops.

Using the same modus operandi, the money was laundered at entities like Super Car Artistry, LS Fisheries (initials of Leena and Sukesh), News Express, etc., the charge sheet says. ‘These were being used to park the proceeds of crime and convert them into legitimate business transactions,’ the cops said in the charge sheet.

All these are proprietorship firms operated by accused Leena Paulose. They were extensively used for laundering money.’

From June 2020 to August 2021, funds were credited from various firms and individuals to Paulose's bank accounts and the investigation revealed that all these transactions were sham transactions.’lt was also found that the proceeds of crime were transferred by people named Arun Muthu, B Mohanraj and several others related to Leena against cash provided by her and Sukesh,’ reads the charge sheet filed under MCOCA.

It adds, ‘During the period of the offence, i.e.

June 2020 to August 2021, while the complainant in the case was extorted by the crime syndicate, an amount of Rs 21 crore was deposited in five bank accounts maintained by Leena Paulose which were either in her own name or in the name of her proprietorship concerns.’

Polices investigation revealed that the purported earnings consisted of cash deposit, card swiping and entries arranged through Arun Muthu, B Mohanraj and other associates.

‘Accused Leena Paulose and other members of the syndicate took entries, deposited cash and indulged in card swiping to inflate the earnings of her saloon Nail Artistry. All this was done to give legitimacy to the crime proceeds through sham banking transactions,’ the police alleged in the charge sheet.

Paulose, who is currently in judicial custody, was married to Chandrashekhar in July 2014.She was arrested along with her husband in the case related to the Rs 200crore extortion from the family of the former promoters of Ranbaxy and both have been in jail since September 5, 2021.