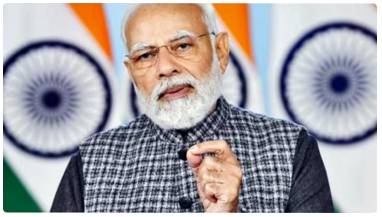 A day after tweets and YouTube content sharing the link of the BBC documentary on PM Modi were blocked, Mahua Moitra shared a fresh link throwing a challenge to the government. Trinamool ls Derek O'Brien re-shared one tweet which was not taken down.

The Centre versus opposition over BBC's documentary on Prime Minister Narendra Modi continued with Trinamool MP Mahua Moitra on Sunday sharing the list of tweets that the government wanted to be blocked. The Trinamool MP said her tweet leading to the link of the 'controversial' first part of the two-part series 'India: The Modi Question' was not taken down. The list that the Lok Sabha MP shared contained the name of Trinamool MP Derek O'Brien, advocate Prashant Bhushan among many others, who all shared the link of the series.

‘If telling the truth is a rebellion, then we all are rebels,’ Mahua Moitra wrote. Mahua shared the archive link of the episode on Sunday morning. ‘Sorry, haven't been elected to represent world's largest democracy to accept censorship,’ Mahua wrote. The government on Friday instructed Twitter and YouTube to take down links to the documentary which has the BJP and the opposition warring.

Another Trinamool MP Derek O'Brien, who on Saturday flagged that his tweet containing a link to the documentary was taken down, said on Sunday that one of the links was still active.

Shiv Sena (Uddhav Balasaheb Thackeray) MP Priyanka Chaturvedi questioned the censorship in the age of VPN and said the censorship will only increase people's curiosity to watch it. ‘In the age of VPN, how impactful are these bans under emergency clauses cited by the Ministry to ban a BBC documentary. The more they pour scorn on it, write protest letters, the more people would be curious to watch,’ Chaturvedi wrote.

Union law minister Kiren Rijiju slammed the opposition and said some people in India consider BBC above the Supreme Court and ‘lower the country's dignity and image to any extent to please their moral masters’.

‘Anyway, there is no better hope from these tukde tukde gang members whose only aim is to weaken the might of India,’ Rijiju tweeted.

BJP's Khushbu Sundar said the documentary is evidence that PM Modi's power is rattling a few.

‘When #SC has given a clean chit to #Modi on #Godhra,what makes @bbc make such judgments & allegations? This is done with an agenda to malign our PM. Even UK PM @RishiSunak says he does not agree with the documentary. Other leaders & learned heads of the world are condemning it,’ the actor turned-politician wrote.

What is the row about BBC documentary on PM Modi and the Gujarat riot?

1. BBC aired the first part of a documentary on Narendra Modi and the Gujarat riot when he was the chief minister. The documentary was not screened in India.

2. The documentary has an interview of former UK foreign secretary Jack Straw who said the UK government in 2002 conducted a probe into the Gujarat riot.

3. The foreign ministry reacted to the documentary and Jack StraWs claims. Ministry spokesperson Arindam Bagchi termed the documentary as a propaganda piece'. He also questioned the 20-yearold secret investigation.

4. Former diplomats and many eminent citizens opposed the documentary. UK's Lord Rami Ranger wrote to BBC questioning the timing of the documentary when India is presiding over G20 and the UK has an Indian-origin prime minister.

5. UK PM Rishi Sunak distanced from the row and said he did not agree with the characterisation of PM Modi done by the documentary. India on Friday wrote tp Twitter and YouTube to block content sharing the links to the documentary.