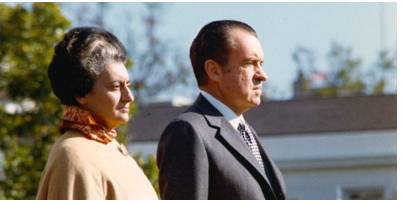 China has pledged ‘continued assistance‘ to Pakistan in the field of defence, Radio Pakistan said.

Prime Minister Indira Gandhi’s formal talks with Soviet President Leonid Brezhnev ended with the expression of mutual satisfaction over the state of Indo-Soviet relations and the Soviet pledge to continue to strengthen India. The two leaders signed a joint declaration summing up the results of the talks at a brief Kremlin ceremony.

China has pledged ‘continued assistance’ to Pakistan in the field of defence, Radio Pakistan said. The assurance was given by Chinese Defence Minister Geng Biao during his talks with the Pakistan joint chiefs of staff committee chairman, General Mohammed Iqbal Khan, in Beijing. Geng said this would help Pakistan meet the ‘threat to its security.’

Bhim Singh, Panther Party MLA, quit the Jammu and Kashmir Legislative Assembly with an appeal to the ‘conscience‘ of other members of the House to resign like him, as the House has completed the five years’ term, for which the people had given them the mandate.

The people’s car, Maruti, will be on the road for less than Rs 45,000 by the end of next year, V Krishnamurti, managing director of Maruti Udyog, announced Lebanon’s President.