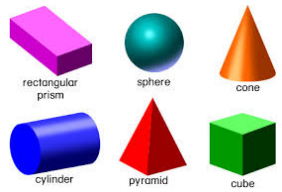 Origin: The word MORPH originated from the Greek word MORPHE which means Form or Shape. The words derived from this possess the above meaning. Words: Allomorph = Any of two or more actual representations of a morpheme. Amorphous = Without a clearly defined shape or form. Apomorphy = A specialized trait or character that is unique to a group or species. Dimorphic = Occurring in or representing two distinct forms. Dysmorphia = A condition in which someone falsely believes that there is something seriously wrong. Ectomorph = A person with a lean and delicate build of body. Endomorph = A person with a soft round build of body and a high proportion of fat tissue. Geomorphology = The study of the physical features of the surface of the earth and their relation to its geological structures. Isomorphic = Corresponding or similar in form and relations. Mesomorph = A person whose build is compact and muscular. Metamorphic = Denoting or relating to rock that has undergone transformation by heat, pressure, or other natural agencies. Monomorphic = Having or existing in only one form. Morpheme = A meaningful morphological unit of a language that cannot be further divided. Morpheus = God of dreams. Morphine = An analgesic and narcotic drug obtained from opium and used medicinally to relieve pain. Morphology = The study of the forms of things, in particular. Perimorph = A crystal of one mineral enclosing that of another mineral. Polymorhism = The condition of occurring in several different forms. Pseudomorph = A crystal consisting of one mineral but having the form of another. Trimorphic = Occurring in or having three distinct forms. Zoomorph = Of or relating to a deity or other being conceived of as having the form of an animal.