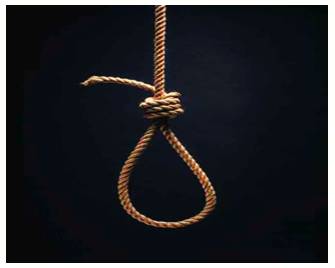 The SC correctly favours suicide by COVID-19 patients to be treated as medical deaths.

Continuing to keep a watchful eye on the rehabilitation of those devastated by COVID-19, the Supreme Court on Monday asked the Centre to consider suicides by COVID-19 patients as COVID-19 deaths so that their families can get compensation. Only extreme suffering from the infection could have led to the patients dying by suicide, the court reasoned. The Bench of Justices MR Shah and AS Bopanna made the remarks while examining the Centre’s guidelines for issuing COVID-19 death certificates and payment of compensation. The guidelines do not consider deaths due to poisoning, suicide, murder and accident as COVID-19 deaths even if the infection was an accompanying condition. The court was satisfied when the Government said it would re-examine the matter. The court’s proposal is certainly a humane gesture but both the Government and the judiciary should first consider the issue in its totality because of the implications involved. To cut to the chase, any suicide is the result of the victim being forced into taking the step due to extremely frustrating and depressing circumstances. The suicide leaves the family members without a bread winner if the victim was the only person employed and, in dire straits, if they were poor and disadvantaged. Technically speaking, it will be a challenge for the Government to prove that the suicide of a COVID-19 positive patient was owing to the infection and not any other reason. Secondly, several frustrating and compelling factors, as dangerous as COVID-19, force people to commit suicide.

Any Government policy to compensate only families of COVID-19 positive patients committing suicide may be seen to be discriminating against suicides for other, equally terrible reasons. Thirdly, the Government and the courts will need to sensitise the people who continue to think that suicide is merely a crime and which colours their attitude towards the victims. Suicide is a crime under the archaic Section 309 of the Indian Penal Code. The section was not repealed even though its scope was reduced by the Mental Healthcare Act, 2017, that said anyone who attempts suicide is presumed “to have severe stress and shall not be tried and punished” and calls on the Government to “provide care, treatment and rehabilitation” of the person in order “to reduce the risk of recurrence” of such an attempt. The humanitarian aspect of the law needs to be popularised to blunt indifference to circumstances that lead to suicides and encourage rehabilitation of survivors or families of victims. Thousands of farmers commit suicide in India because of bankruptcy, indebtedness and crop failure. There is a compensation plan in place for them though farmers who do not hold title to their land, like women farmers in most cases, are not yet eligible for compensation. A rational approach to the matter is perhaps hidden in the question of whether a healthy farmer who committed suicide because he became indebted after failing to save his crop during the COVID-19 lockdown would be eligible for compensation as well.