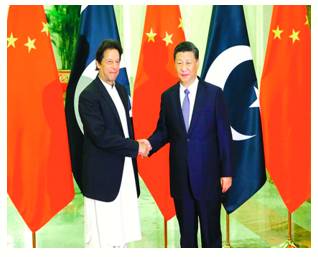 Global powers are reacting to the crisis in Afghanistan in different ways, though Pakistan, China and Turkey are going in a different direction.

It is extraordinary that the security and intelligence representatives of the US, Russia and Great Britain had to arrive in New Delhi simultaneously last week and possibly had joint meetings. The gentlemen concerned are CIA chief William Burns, Nikolai Patrushev of the KGB and Richard Moore of Britain’s M16. India’s National Security Advisor (NSA) Ajit Doval was the host.

Such a meeting was unprecedented and indicates how seriously these powers have reacted to the Afghan crisis. To add to it all, China has announced an aid package of $31 million to the new regime in Kabul, thus declaring whose side it is on, whether terrorists or otherwise.

One wonders how an associate of terrorist States and a member of the United Nations and, that too, a permanent member of its Security Council is being allowed to get away with such behaviour. On the one hand, the US and the UK publicly condemn terrorism and, on the other, sit with China on the same Security Council. By doing so, are they not legitimising terrorism? Was the recent Delhi mega meet arranged in order to persuade India on any reasonable terms to join the coalition to keep the Chinese out of Afghanistan? If at all New Delhi happens to be thinking along these lines, it must recall that Britain failed three times in the 19th century to defeat Afghanistan. Russia, then the Soviet Union, fought for nine years to dominate Afghanistan through proxies backed by its own soldiers. Russia’s Afghan adventure was an undiluted failure.

Thereafter, the US took its turn, not once but twice. Both times, it has had to retreat with its tail between its legs. A few American GIs are still in the Afghan theatre. Incidentally, going further back into history, Mughal Emperors Shah Jahan and Aurangzeb had bitter experiences in Afghanistan. Prior to them, Akbar the Great did manage to subdue Afghanistan. The moral of this history is to think, think and think before committing Indian soldiers on the same soil. It is true that Afghanistan owes a great deal to India; the debt began with Mahmud of Ghazni, Shahbuddin Ghori and subsequently Ahmed Shah Abdali. In fact, to say something unusual, the era of the use of foot soldiers to conquer territory is over. The infantry is needed to hold territory after it is captured. This is the era of aircraft, missiles and drones.

If people desire to flee Afghanistan, Pakistan would be the first country they would turn to. The next would perhaps be India, either through the Kashmir Valley or the deserts of Rajasthan through the Jaisalmer area; it still remains unfenced. The trust of this submission is that New Delhi must make sure that Pakistan does not become the Bangladesh of yesterday, teeming with infiltrators.

America’s latest concern would be Afghanistan’s enormous mineral wealth, which still lies untapped. Washington would hate to see it simply fall into the lap of China. For its part, Russia too would not like China to grow more dominant. Any Chinese ascendancy in Afghanistan would mean a bigger shadow of the dragon in Central Asia, whose borders touch Russia’s Siberia, a vast territory China is eyeing.

The elephant in the room is Recep Erdogan’s Turkey, which has spontaneously got interested in Afghanistan. Erdogan has no money to spend, but makes up for it by the enormity of his ambition. The seat of the Caliph of Islam has been considered vacant since Mustafa Kemal Pasha, the Ataturk, abolished the Caliphate in 1924, and exiled its last incumbent. Occupying this seat would make Erdogan the leader of all Sunni Muslims in the world, spiritual as well as temporal. He has not hesitated to jostle with the King of Saudi Arabia to demonstrate that he is more Islamic than the Arabs.

Another reason for Erdogan to get involved in Afghanistan and to flirt with Pakistan is to possibly obtain a few of the latter’s nuclear weapons so that, if the need arises, he could blackmail either Russia or Europe, or both. Erdogan has been harbouring Ottomanesque ambitions for long. Under him, Turkey has all but abandoned its quest to become a European country. Quite to the contrary, its long-practised secularism now seems in danger of being washed away in the rising tide of neo-Islamism. Such a neo-Ottomanesque Turkey acquiring nuclear weapons will undoubtedly be a nightmare for Europe and the whole world. The silent equations being pursued with Delhi could be a pointer.

Hitherto, there was no great relationship between Turkey and Afghanistan. Erdogan and his predecessors had maintained Turkey in such a manner that it was part of Europe. In fact, Kemal Ataturk had consistently felt that the future of Turkey lay in Europe. He asked his people to dress up like Europeans and follow the European way of life. He converted the alphabet of the Turkish language from the Arabic script to Roman in three months, also having the Quran written in Turkish. Ataturk was undoubtedly a visionary.

This visionary plan has been disturbed due to the outbreak of the ‘Fourth World War’ between Islamic jihad and five continents. In other words, Islamic terrorism has made Turkey unwelcome in Europe and, hence, its new endeavour is to spread tentacles in Central and South Asia.