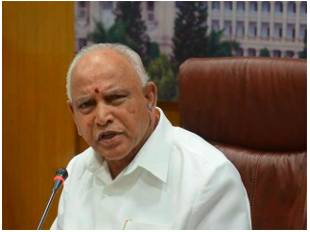 The dissension in BJP’s Karnataka unit has landed the party on the horns of a great dilemma. Chief minister BS Yediyurappa is a tall leader of the Lingayat community who can make or mar BJP’s prospects in elections as he proved in 2013 when he floated another party after losing the chief ministership. But his younger rivals are just as strong creating the perception of a government perpetually fending off its own colleagues rather than the opposition.

The defections engineered by Yediyuruppa from Congress and JD(S), which necessitated rewarding the turncoats with ministerial berths, were the start of problems for Yediyurappa. Allegations of corruption, nepotism and a directionless administration also contributed to subsequently weakening his grip over power.

With Lingayat seers warning against unseating Yediyurappa, BJP’s central leadership has some tightrope walking to do. Its sole comfort would be that the opposition Congress is also beset by factional turmoil with the sharpening Siddaramaiah-DK Shivakumar tussle requiring Rahul Gandhi’s intervention this week. But allowing Yediyurappa to continue hasn’t helped BJP tide over the factionalism so far. The situation has turned into a Hobson’s choice for the party that has brooked no dissent since Narendra Modi’s grand takeover in 2013.