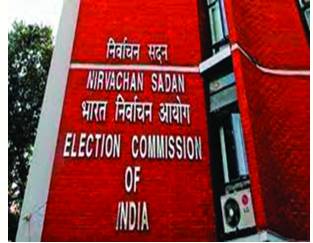 The Election Commission of India is pushing the Government over the next batch of electoral reforms.

The Election Commission, trolled by the non-BJP parties during the last round of Assembly elections for reasons ranging from impartiality towards the Opposition and alleged kowtowing before the BJP Government, took the lead this time in inquiring with the Government about the next tranche of electoral reforms. The Commission wrote to the Union Law Ministry to get back on the nearly 40 reform proposals pending with it. The Commission identified five main reforms it urgently wants implemented: Allowing voters turning 18 to register themselves with the Commission; punishment for candidates furnishing false information in their affidavits; paid news to be made an electoral offence; ban on advertising in print media during the silence period; linking Aadhaar number to electoral rolls to avoid duplication of voter ID cards. Reforms are currently of three levels in terms of ease of implementation. The Commission is already implementing the elementary level, comprising digitising the election process and enabling remote voting for NRIs and migrant workers. The five reforms listed above come in the intermediate level because they first need amendments to laws and they are not really politically controversial. Some reforms implemented over a decade ago made the electoral process a bit more credible, including candidates’ affidavits on criminal antecedents and assets, criminalisation of politics, limitations on exit and opinion polls, prohibition on surrogate advertisements, compulsory maintenance of poll accounts by parties. However, feet are being dragged on a crucial reform: Restricting the number of seats a candidate can contest from.

It is the final level of reforms that are contentious and which form the real core of electoral reforms India urgently needs. One is overall transparency of the Commission’s actions. The run-up to every Assembly election sees various interpretations of Commission’s actions, particularly the Opposition’s charge of alleged leniency shown to ruling party bigwigs. The second issue is electoral bonds. At present any Indian citizen can buy electoral bonds and donate it to a political party of choice, but anonymously. While anonymity is intended to prevent political victimisation of the donor, the Commission in 2017 did not favour the donor’s identity being kept secret as that may allow shell companies and foreign entities to fund and influence Indian elections. Hate speech and communal polarisation have of late become the biggest negative factors in Indian elections, their impact worse than caste considerations. The Commission has been found wanting in issuing exemplary punishment to the wrongdoers. Another issue is the demand for taking the collegium route, like the judiciary, for appointment of commissioners and elevating the senior-most as the chief. Last but not the least is Prime Minister Narendra Modi’s “one nation one election” proposal as well as a single voters’ list for the Lok Sabha, Assembly and panchayat elections to cut down costs. Clearly, the latter reforms will hold a candle to the Commission’s sincerity of purpose subject, of course, to the Union Government being eager to clear the proposals.