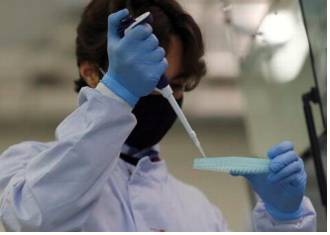 If there is one tool in the COVID-19 pandemic response, which India has been slow in adoption and has used sub-optimally, it is genomic sequencing. An effective COVID-19 pandemic response requires, inter alia, keeping track of emerging variants (total 10 till now including variants of interest and concern) and then conducting further studies about their transmissibility, immune escape and potential to cause severe disease. Therefore, genomic sequencing becomes one of the first steps in this important process. When the success of the United States and the United Kingdom in containing the virus is discussed, a lot of credit is being given to the increasing vaccination coverage; however, it is often forgotten that alongside, these countries have scaled up genomic sequencing, tracked the emerging variants and used that evidence for timely actions. India seems to be faltering on both expanding vaccination coverage and genomic sequencing. Unfortunately, there is not enough attention to scale up genomic sequencing, which as per the original plan was supposed to cover 5% of confirmed COVID-19 cases.

Though the procedural steps such as setting up the Indian SARS-CoV2 Genomic Consortia, or INSACOG have been taken, the sequencing has remained at a very low level of a few thousand cases only. It is no surprise that we understand the Delta variant (B.1.617.2, the original lineage B.1.617 was first reported from Maharashtra, India in October 2020) far less than the Alpha variant (B.1.1.7, first reported from Kent, England in September 2020) reported just a month before Delta. The challenge of insufficient genomic sequencing is further compounded by the pace at which data is being shared, especially when the emergence of strains is so vital in tracking and responding to a pandemic. Reportedly, the Indian government took two weeks, from early March — when research scientists submitted information on new variants — to issue a public announcement on the variants on March 24, 2021.

Amidst this, the release of findings of the Council of Scientific and Industrial Research-Institute of Genomics; Integrative Biology and National Centre for Disease Control and Academy of Scientific and Innovative Research study; tracking variants of SARS CoV-2 in Delhi, on a pre-print server (yet to be peer reviewed) is a welcome change and provides new insights.

Based upon the analysis of nearly 3,600 genomic sequence samples from November 2020 to April 2021, the authors have reported that by April 2021, the Delta variant became the most circulating variant in Delhi and was found in nearly 60% of the samples analysed; is 50% more transmissible than the Alpha variant (which already had 70% higher transmissibility over the ancestral virus); is likely to be associated with high viral load, as reflected by the declining Ct value (for RT-PCR) over the study period and resulted in a higher proportion of breakthrough infection (people already vaccinated getting infected). Based upon these findings, the authors attribute the Delta variant responsible for the pandemic wave (which was fourth for the city state) in Delhi in April-May 2021. However, the authors did not find any difference in severity of disease or case fatality rate due to the Delta variant and suggested the need for further studies.

This is the first detailed study of SARS CoV-2 genomic sequencing data from any Indian State and provides very useful insight on the behaviour and impact of Delta variants. Around the same time, Public Health England (PHE) reported that the Delta variant has become the most common circulating strain in the U.K., replacing Alpha. The early data from the PHE has interpreted that the Delta variant may be responsible for more severe disease and higher rate of hospitalisation compared to all previous variants. A week before this data, on May 27, the PHE reported that the effectiveness of a single dose of vaccine (amongst symptomatic patients) was lower against the Delta strain. On June 3, medical journal The Lancet published research findings from laboratory studies which examined the neutralising capacity of antibodies from individuals vaccinated with two doses of Pfizer-BioNTech, which was nearly 5.8 fold lower against Delta variants and 2.6 fold less against the Alpha variant, when compared with the ancestor virus.

Our scientific knowledge and understanding about emerging strains is going to be the key to deploy public health interventions (vaccines included) to fight the pandemic. The emerging variants — with early evidence of higher transmissibility, immune escape and breakthrough infections — demand continuous re-thinking and re-strategising of the pandemic response by every country. Scientific research would make a difference only if it results in informed policy decisions. There are a few steps Indian policy makers should consider as urgent.

Second, the Indian government needs to invest and support more scientific and operational research on vaccine effectiveness. The data should be analysed on a regular basis and should include various stratifiers such as age, gender and comorbid conditions, etc.

Third, there are early indications of immune escape and reduced vaccine effectiveness against the Delta variant (especially after one shot). India, till the end of May, has administered at least one dose of vaccines to 43% of people older than 60 years and 37% of those older than 45 years. Does it mean the focus of vaccination should be to achieve saturation coverage of the high risk population, with both shots, than one shot to everyone? Does it mandate a need for a reduced gap between two doses of Covishield for anyone older than 45 years? Should vaccination of those 18-44 years be put on hold till vaccine supply is assured or should it be done only in districts where the Delta strain is predominant? These are the questions which experts need to deliberate and come up with the answers.

The data from genomic sequencing has both policy and operational implications. The State and district officials should engage the epidemiologists in coming up with practical and operational implications and strategies. As Indian States plan to open up after COVID-19 restrictions, the settings with predominantly the Delta variant in circulation (which has higher transmissibility) should aim for far stricter adherence to COVID appropriate behaviour, in public places.

Use evidence for actions

Continuation of many unproven and ineffective therapies in COVID-19 treatment guidelines is proof that India is not quick in adopting evidence to the practice. There is a need for rapidly expanding genomic sequencing, sharing related data in a timely and transparent manner, and understanding of the impact of new variants on transmissibility, severity and vaccine effectiveness. The only assured way to fight the pandemic is to use scientific evidence to decide policies, modify strategies and take corrective actions. As India prepares for the third wave, increasing genomic sequencing and use of scientific evidence for decision making are not a choice but an absolute essential.