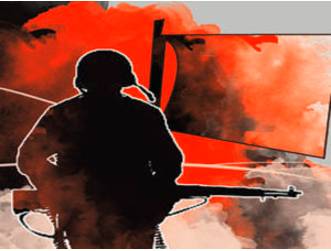 allies, scheduled to take place by the 20th anniversary of the 9/11 attacks of 2001, will concretise America’s shift of policy focus from West Asia to the Indo-Pacific, strengthen the Taliban and proportionately weaken both the Ghani government and the process of building democracy in a country at home with tribal custom, gladden the hearts of Pakistani generals and their Chinese patrons while creating new headaches for New Delhi and Tehran. The US has sacrificed many lives and much treasure to prevent Afghanistan from becoming a launchpad for terror as it had been under the Taliban before the US ousted them. It has decided to cut its losses and leave, with no guarantee that the original aim will continue to be served.

Despite their agreement with the US, the Taliban have failed to severe their ties with al Qaeda. The Taliban control several parts of the country and launch attacks on towns, held by the government and its security forces. According to the US Intelligence Community, the prospects for peace are low and the Taliban are likely to make gains while the Afghan government would struggle to hold fort, once the US and partners withdraw their support on the ground. New Delhi has material concerns about Pakistan using Afghan territory under Taliban sway, whatever the formal government in Kabul, to continue to provide support to terrorist organisations for their activities against India.

India must persuade the US to continue support for Afghan armed forces using remote-controlled drones, besides through supply of real-time intelligence, to help it counter the Taliban. At the same time, New Delhi must prepare to face additional trouble.