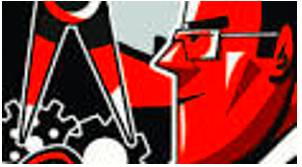 US Treasury Secretary Janet Yellen wants a minimum rate of global corporate income tax. It shows US readiness to join the global effort to reform corporate taxation, led by the Organisation for Economic Cooperation and Development (OECD), which has been trying to rally support for ending base erosion and profit shifting and to forge a multilateral pact on digital taxation. Yellen cites a ‘30-year race to the bottom’ in which countries have slashed corporate tax rates to attract multinational companies. MNCs often use differences in tax rates between countries to lower their tax outgo. It erodes the tax base and deprives governments of revenues.

Rightly, Yellen says that competitiveness is a whole lot more than how companies fare against rivals in global M&A bids. Rather, it is about making sure that governments have stable tax systems that raise sufficient revenue to invest in essential public goods and respond to crises. This would entail curbing sharp tax practices. A global minimum tax would level the playing field, somewhat, in the taxation of MNCs. However, it is not the optimal solution. Pillar 1 of the OECD’s reform blueprint, which apportions global profits to the countries in which their customers are located, based on the principle that companies must pay tax in every market where they generate value and make profits, makes eminent sense. Yellen’s wish is what OECD has tagged as its Pillar 2. But that is likely to be redundant, if Pillar 1 becomes operational.

Taxation is a sovereign right, and countries need to reconcile differences in their tax systems to arrive at a consensus. The same holds true for taxing the digital economy, much of it without any physical presence in a jurisdiction to generate revenue and profit.